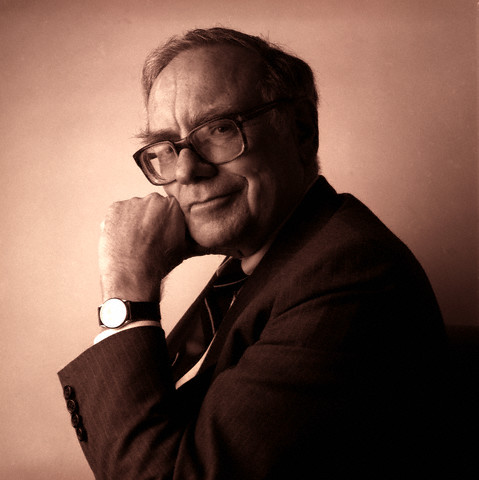 Note: Could not find original source of photo

Every year, thousands of investors eagerly await Berkshire Hathaway’s Annual Shareholder Letter to gleam new insight from Warren Buffett himself. Buffett is the wealthiest investor alive and tends to be surprising candid. He’ll occasionally write editorial articles in major newspapers (NYT and WSJ), but his most anticipated writings are definitely his letters to shareholders. When someone like Buffett speaks, it’s probably a good idea to listen. After reading through his newsletter, here are some of the things I found most interesting.

“Throughout my lifetime, politicians and pundits have constantly moaned about terrifying problems facing America. Yet our citizens now live an astonishing six times better than when I was born. The prophets of doom have overlooked the all-important factor that is certain: Human potential is far from exhausted, and the American system for unleashing that potential – a system that has worked wonders for over two centuries despite frequent interruptions for recessions and even a Civil War – remains alive and effective.

We are not natively smarter than we were when our country was founded nor do we work harder. But look around you and see a world beyond the dreams of any colonial citizen. Now, as in 1776, 1861, 1932 and 1941, America’s best days lie ahead.”

Buffett’s thinking here doesn’t to have changed much since his NYT editorial from 2008. He’s still optimistic about America’s future. If you watch the news it’s easy to think that the end is near. But as he states, this isn’t the first time such fear has been spread by politicians and the media.

“Unquestionably, some people have become very rich through the use of borrowed money. However, that’s also been a way to get very poor. When leverage works, it magnifies your gains. Your spouse thinks you’re clever, and your neighbors get envious. But leverage is addictive. Once having profited from its wonders, very
few people retreat to more conservative practices. And as we all learned in third grade – and some relearned in 2008 – any series of positive numbers, however impressive the numbers may be, evaporates when multiplied by a single zero. History tells us that leverage all too often produces zeroes, even when it is employed by very smart
people.

Borrowers then learn that credit is like oxygen. When either is abundant, its presence goes unnoticed. When either is missing, that’s all that is noticed. Even a short absence of credit can bring a company to its knees. In September 2008, in fact, its overnight disappearance in many sectors of the economy came dangerously close
to bringing our entire country to its knees.”

And I think, finally, I’ll leave you with this gem here. It’s a letter from Warren’s Grandfather to his youngest son, Fred, written in 1939. It demonstrated how important an emergency fund was perceived after the Great Depression, and reinforces how important liquidity is at any time.

“Over a period of a good many years I have known a great many people who at some time or another have suffered in various ways simply because they did not have ready cash. I have known people who had to sacrifice some of their holdings in order to have money that was necessary at that time.

For a good many years your grandfather kept a certain amount of money where he could put his hands on it in very short notice.

For a number of years I have made it a point to keep a reserve, should some occasion come up where I would need money quickly, with-out disturbing the money that I have in my business. There have been a couple occasions when I found it very convenient to go to this fund.

Thus, I feel that everyone should have a reserve. I hope it never happens to you, but the chances are that some day you will need money, and need it badly, and with this thought in view, I started a fund by placing $200 in an envelope, with your name on it, when you were married. Each year I added something to it, until there is now $1,000 in the fund.

Ten years have elapses since you were married, and this fund is now completed.

It is my wish that you place this envelope in your safety deposit box, and keep it for the purpose that it was created for. Should the time come when you need part, I would suggest that you use as little as possible, and replace it as soon as possible.

You might feel that this should be invested and bring you an income. Forget it — the mental satisfaction of having $1,000 laid away where you can put your hands on it, is worth more than what interest it might bring, especially if you have the investment in something that you could not realize on quickly.

If in after years you feel this has been a good idea, you might repeat it with your own children.

For your information, I might mention that there has never been a Buffett who ever left a very large estate, but there has also never been one that did not leave something. They never spent all they made, but always saved part of what they made, and it has worked out pretty well.”

Warren Buffett’s Uncle Fred  sent a similar letter to his four children. Warren found this letter, along with $1,000 cash, when he opened her safe deposit box in 1970. Hopefully, if nothing else, this has inspired you to take an extra-long look at your current emergency fund.

The Average Credit Score of Americans 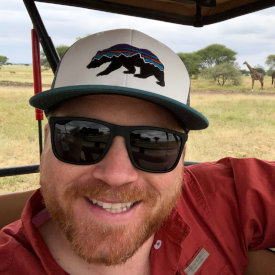